.upset are familiar faces on the regional hardcore scene. The band has been lurking around for almost two decades and has recorded two demo recordings, a debut album called Opiate For The Masses in 2010, then they’ve recorded secondary full-length Slaves Of The New World in 2012, and Dark Times EP in 2016. The band returns with another great material called Tied To Our Screens. This time, the remarkable quintet has been empowered by a new vocalist that delivers even more power to their uncompromising sound. The band also tightened up their music with even better ideas and geared up to tear down everything in the nearest radius. Tied To Our Screens delivers the same signature moves shown on their previous recordings, so you’ll still be able to solely enjoy in their direct approach to hardcore punk music. The group merges old school hardcore punk sound with new school hardcore aesthetics, but the production leans somewhere in between. You may notice how .upset nailed to reproduce that nineties hardcore feel, but still, retain the vibe of the contemporary music trends. Tied To Our Screens offers dozen of vigorous compositions saturated with relentless vocal abilities, precise guitar shreddings, clever basslines, and excellent drumming performance. These compositions have been precisely thought out to evoke the best years for this particular subgenre of hardcore music, but they also carry the generous servings of modern solutions to satisfy the cravings of the newer generations. To be more precise, the band thoughtfully arranged their ideas to gather both old admirers of this remarkable sound, impress some newbies, but also withdraw the separation line mistakenly placed to divide generations on the hardcore scene. Besides hasty tempos characteristic for old school hardcore and sheer dynamics notable within the new school hardcore scene, the group also accompanies melodic aesthetics of catchy anthemic choruses, which has been highly authentic for Oi! music. According to what’s been said above, Tied To Our Screens is a full package that definitely cherishes the best affinities of hardcore music, but also delivers some clever harmonizations to the table. - Dorđe Miladinović, ThoughtsWordsAction.com 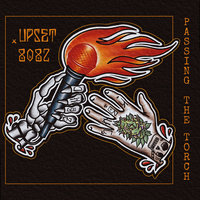 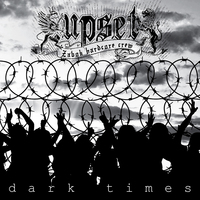 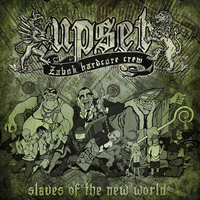 Slaves of the New World 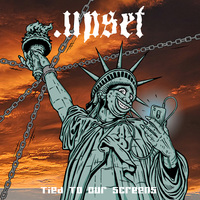 Tied to Our Screens