Dead Dog Summer was formed at the end of 2020 after several years of the members’ break from playing in various bands. All members of the band were active on the scene in the first decade of the 2000s in various bands from Cakovec and Zagreb (Nikad, The Farewell Reason, Senata Fox, Implicite, Youth Against…), and Dead Dog Summer is their return to the Croatian underground scene. In 2022, the band recorded their first album “A Place of Someday” in their rehearsal room and Ivan Jakić from Kut Sobe studio was in charge of mixing and mastering. The band members are Igor Bistrovic (guitar and vocals), Kreso Zerjav (bass and vocals), and Boris Strahija (drums). 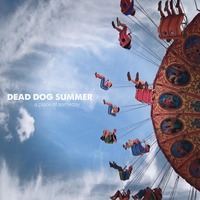 A Place of Someday