SAVAK is a Brooklyn-based post-punk band formed in 2015 by singers / guitarists / songwriters Sohrab Habibion and Michael Jaworski. Drummer Matt Schulz has been the other constant member over the course of 5 LPs, an EP, and multiple 7" singles. To round out their recordings and live performances, SAVAK has welcomed a variety of bass players and other musician-friends on horns, strings, and keyboards.

From the onset, Habibion and Jaworski's intent has been to give each other space to bring in ideas and to support the other songwriter in the process. Setting aside any notion or formality of there being one "lead singer," they've taken a shared approach, setting aside their egos for the benefit of the song. The band extends this ethos to everything it does, typically taking turns singing songs at shows and sharing an equal number of contributions to each recording.

SAVAK's 5th full-length album, Human Error / Human Delight, will be out April 15th, 2022. Like more than a few albums coming out these days, this is the band's "pandemic record," which happened to suit the dual-songwriter approach quite well, as Habibion and Jaworski wrote and recorded separately, isolated in quarantine, sharing files back and forth. Whenever the coast seemed clear, they met up with Schulz to add drums and various overdubs. The completed tracks were then handed off to long-time SAVAK producer, and occasional bass player, Geoff Sanoff, for mixing.

The album was initially conceived as two separate EP releases, with songs falling under one thematic umbrella or another. Human Error tracks deal with frailty, shared struggles, humility, and self improvement. Human Delight celebrates togetherness, understanding, joy, and even hints at transcendence.

With the unpleasant reality of current manufacturing delays, the band was forced to reconsider the double-EP approach and instead combined the 12 songs into one full-length album that is Human Error / Human Delight. Rather than wait for factory delays caused by absurd major label pressing variants and global supply chain issues, SAVAK has chosen to release the album digitally as a string of monthly double-singles (one song each from Habibion and Jaworski), starting in November 2021 through the album release date in April 2022, when the vinyl will finally be available.

“A potent and pointed agitpop racket which manages to balance the dark and moody with the catchy as fuck.” –Noisey

“SAVAK is the band that plays the party after the after party.” –Jersey Beat 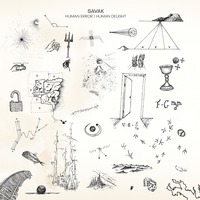 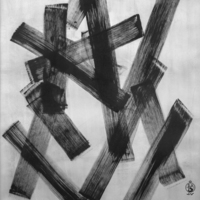 Rotting Teeth in the Horse’s Mouth 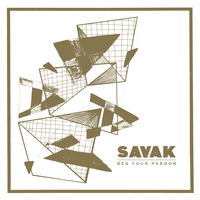