Worth mentioning are the victories at Croatia’s most prestigious klapa festival in 2012, 2014 and 2018. In addition to its appearances at numerous festivals, Klapa Kaše launched a concert programme entitled Na tragu Republike (On the Republic's Track) including arrangements of 16 traditional songs from the Dubrovnik area. Featuring a lijerica player, a toastmaster, actors and dancers, the programme is a recollection of the Dubrovnik musical history. 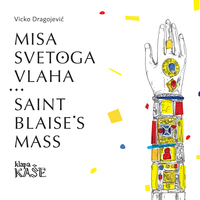