Following the aesthetic path set on ‘Politika’ (Moonlee Records, 2016), the new LP brings forth a collection of groovy, radio-friendly, dancefloor-ready and socially conscious jams. As a collective, which has always felt strong about thought-provoking political observations on issues such as civil disobedience and human rights, they proved time and again that theirs is a political dance. Defined by catchy pop songwriting and stripped-down production (Vasko Atanasoski), the album inventively blends influences of late 70s and early 80s post-punk, new wave, alternative rock, Detroit electro, and Balkan folk music. Skeletal dance-punk and electro grooves are combined with minimalist bass riffs, pulsating synth lines, and Kristina Gorovska’s spellbinding voice and lyrics, resulting in a hip-shaking mixture of dancefloor and protest anthems. Some songs are characterized by traditional brass stabs and percussive interplays often found in Emir Kusturica’s films, others are more ‘driving down the highway, sunshine in your eyes’ kind of tracks, while a few are simply early morning feel-good jams. There are even two electro-tinged tracks that could easily be played in a techno club. Stylistically diverse but sonically condensed, this collection of songs is pop done just right.

But despite its mostly upbeat tone, the album is not all roses. Lyrically, it is a social commentary, offering an insightful perspective into Macedonian politics and everyday life as well as into the internal struggles arising from society’s crushing expectations that poison our personal relationships. Bernays Propaganda has always been a public-spirited band, but here they succeed in bringing together the themes of political and domestic violence as two faces of the same coin. The world is polluted with damaging beliefs and sick ideologies, yet there are still some rare flowers growing. Despite the gloomy prospects, it is all about having a winning attitude. 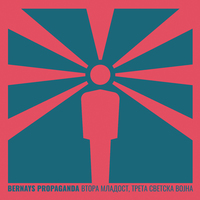 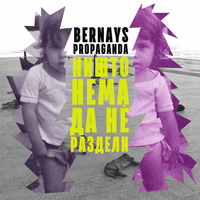